Chandra Briggman is a product innovation and marketing executive with experience that spans both start-ups and large enterprises. As the former Director of Digital for USPS, she built the first digital division and innovation lab for the organization. She currently runs Venture Café Cambridge and Venture Café Providence – a global network of organizations connecting entrepreneurs, investors, and enterprise innovators through its unique, weekly and monthly programming series. She is a MIT Sloan Fellow; Board Chair for Youth CITIES, Mentor at Babson WIN Lab, Founder Institute Boston, Hult Prize, Brandeis University, Boston University, and Harvard Rock Center; and Public Speaker. She has also been a product innovation instructor at Harvard Startup Bootcamp and General Assembly. Chandra holds a Master’s from both Massachusetts Institute of Technology (MIT) and Johns Hopkins University, and Bachelor’s from Columbia International University. 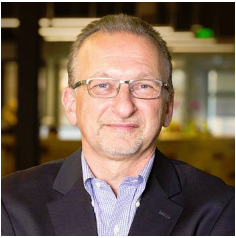 An international businessman, Jacques Benkoski was born in Belgium, educated in Israel and the U.S., and has held executive positions in Europe and the U.S. Jacques leads USVP’s Israel practice and is an active investor in the Israeli market and in the IT markets in the U.S. Past USVP companies include Trusteer (acq IBM), Dune Networks (acq Broadcom), HelloSign (acq Dropbox), Kilopass (acq Synopsys), Luminate (acq Symantec) and ClearShape (acq Cadence) along with executive chairmanships at Certess (acq Springsoft) and Synfora (acq Synopsys). Jacques currently works on the boards of Kenna Security, Medigate, Qnovo, Supplyframe, Zerto and ZypMedia. Before joining USVP, Jacques was CEO of Monterey Design Systems from 1999 until its acquisition in 2004. He founded the European subsidiary of Epic Design Technology (EPIC) which had a successful IPO in 1994 and became Vice President of European Sales following its acquisition by Synopsys in 1997. Earlier in his career, Jacques held a number of positions at IMEC, IBM and STMicroelectronics. Fluent in English, French and Hebrew, Jacques holds a B.Sc. in computer engineering from Technion Israel Institute of Technology, and an M.Sc. and Ph.D. in computer engineering from Carnegie Mellon University. He is on the Board of Governors of Technion and on board of the California Israel Chamber of Commerce. 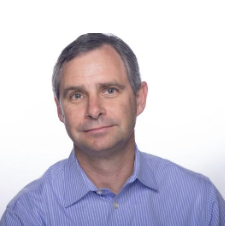 Craig Mullett is President of Branison Group, an M&A advisory firm based near New York City. Branison advises strategic acquirers on all aspects of M&A, including strategy, finding & approaching targets, negotiations, due diligence and integration. Craig has particular expertise In the satellite & interconnect markets, having been previously Director of Corporate Development and Director of Antenna Solutions for Amphenol Corporation and also as a non-executive director of Volex Group. Craig has also done M&A and strategy work for Huber & Suhner, Winchester Electronics and Global Invacom, with a total of 36 closed deals in the satellite & interconnect markets. Craig is an active angel investor as a Director of the Angel Investor Forum, part of the Angel Capital Association. He is a Venture Advisor at Yale University and has an MBA from Nyenrode (Netherlands), a BCom(Hons) from the University of Cape Town (South Africa) and is a graduate of the International Leadership Academy of the United Nations (Jordan). 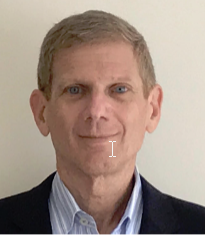 Cliff Hirsch is a technology executive with a 30-year career highlighted by myriad successful sales, marketing, business and corporate development initiatives. He has spent his entire career immersed in technology industries as a consultant, analyst and publisher. He has analyzed thousands of technology companies, is a Limited Partner in several venture capital funds and is an active advisor in the technology arena.

Hirsch founded Pinestream Communications, Inc. in 1997 to publish Semiconductor Times, the most respected industry newsletter in the semiconductor industry. Recognizing emerging trends in communications, he expanded his business to include telecom, datacom, security and the nascent IoT industries. 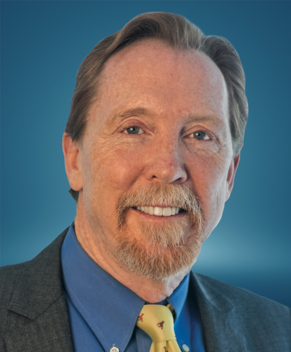 David J. Aldrich, 62, is chairman of the board of Skyworks Solutions, Inc., a position he has held since May 2014. Mr. Aldrich served as executive chairman from May 2016 to May 2018. Prior to his appointment as executive chairman, Mr. Aldrich had served as chief executive officer since the company was formed in 2002 via a merger between Alpha Industries and Conexant Systems' wireless business. Before the creation of Skyworks, he served as president and CEO of Alpha Industries, a position he held since April 2000. He joined Alpha Industries in 1995 as vice president and chief financial officer and held various management positions in the ensuing years, including president and chief operating officer. Prior to this, he held senior management positions at Adams-Russell and M/A-COM.

Mr. Aldrich received a bachelor's of arts in political science from Providence College in 1979 and a master's in business administration from the University of Rhode Island in 1981. In 2004, he was named Ernst & Young New England Entrepreneur of the Year in the Semiconductor category. In 2014, he was named CEO of the Year by the Massachusetts Technology Leadership Council. In addition, Mr. Aldrich is a board member of Belden (NYSE: BDC), a publicly traded provider of end-to-end signal transmission solutions, and Acacia Communications (NASDAQ: ACIA), a publicly traded provider of high-speed coherent optical interconnect products.