The event that would become the International Microwave Symposium, or IMS, was first hosted by the Professional Group of Microwave Theory and Techniques (PGMTT).  This group was founded in 1952 as a part of the Institute of Radio Engineers (IRE), due to a growing interest in the field of microwave research.1 Previously, research in microwave technology had primarily been conducted by the U.S. Department of Defense, with many of the findings classified.

The PGMTT was one of the first civilian research groups. In their early years, they published papers on microwave technology and hosted small symposiums, which were all concentrated in the northeastern United States. There are not many records of the event, but their first symposium, hosted in New York City in 1952, presented at least ten papers and hosted 210 people.2 The group usually hosted at least one symposium per year, with the exception of 1955 in which there were none. The topics of these meetings were focused and diverse, ranging from microwave circuitry, radio relay systems, and the properties and applications of ferrites.

The 1956 symposia were so successful that the PGMTT decided that there was a need to hold a larger event that covered a whole range of topics related to microwave technology, which would occur on an annual basis. This event, known as the PGMTT National Symposium, was hosted in New York City on May 9th and 10th of 1957, and was the first of the conventions that would later be known as the International Microwave Symposiums. It was also at this point that the symposia stopped being concentrated in the northeast, and host locations were selected from across the United States beginning with Stanford, California, in 1958. 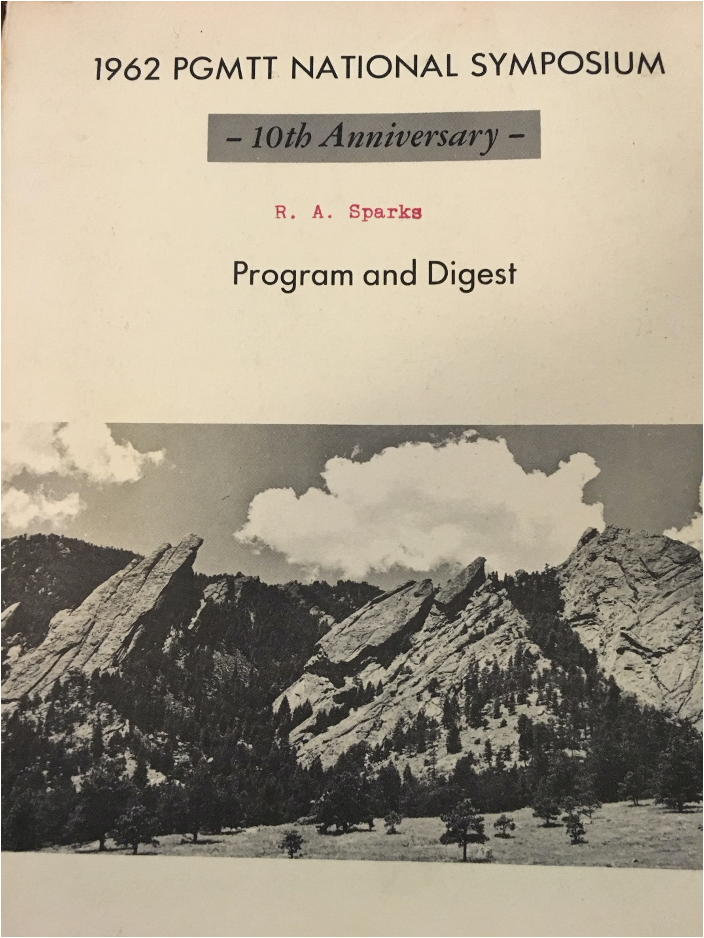 Figure 1: Cover of the 1962 Guide for the event in Boulder, CO. Photo courtesy of Pat Hindle.

The event evolved further in 1963, when the IRE merged with its former competing group, the American Institute of Electrical and Electronics Engineers, to form what would simply be known as the Institute of Electrical and Electronics Engineers (IEEE). At its outset, the IEEE had 150,000 members, of which 140,000 were American.3 The next year, the event was rebranded as an international symposium with the hope of drawing in membership and contributions from foreign engineers.

The rebranding effort started to pay off in 1967, when there was demonstrated international interest, but the expenses of travelling to the United States for the convention deterred many attendees. In order to accommodate them, the group tried to appeal to the U.S. government to help sponsor the event to make attendance less expensive, but their appeal was refused. The effort was saved when local microwave companies from the Boston area helped to finance trip expenses for attendees from Japan and Western Europe. The international attendance bolstered the number of attendees to a record setting total of 794.

However, the difficulty of attracting international attendees due to the price of the event led to the organizing group, now known as the MTT, to look for new sources of funding to expand the event and make it more accessible.4 The MTT symposia had been unique in that up until this point, they had been purely technical gatherings. There had been no company exhibitions of any kind at the events, and including one in future conventions would provide a considerable increase in income. However, when administrators conducted a survey on whether attendees would like an exhibition at the 1970 trade show, the answer was a resounding no. Furthermore, many administrators of the MTT were concerned that including an exhibition would make the event more oriented around sales than technical advances and greatly change the tone of event. Despite the initial opposition, the administration eventually voted to include a commercial exhibition in the annual convention due to a need for more funds. The first trade show associated with the event occurred in 1972, with nineteen companies present and sixteen displays. The exhibition proved to be incredibly profitable, and thus trade shows became a staple of the event.

By the end of the 1970s, the event was expanding rapidly. In 1979, the Symposium invited the Automatic Radio Frequency Techniques Group (ARFTG), who would come to run regular conferences at IMS, and in 1982 it hosted the IEEE Microwave and Millimeter-Wave Monolithic Circuit (MMWMC) Symposium.5  By the 1983 Boston Symposium, it became clear that these efforts to expand it had paid off significantly. This symposium lasted for five days and broke the records for both attendance and papers submitted, largely due to an increased number of exhibitions, and these numbers would only be eclipsed in coming years. The number of recorded attendees at this event totaled 5128, with 276 papers submitted and 166 presented. 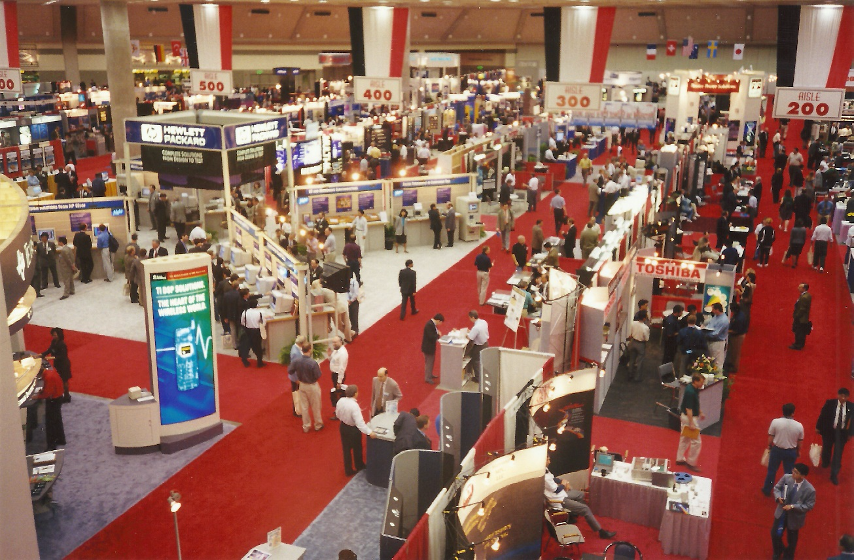 In 1995 the event was rebranded yet again as the International Microwave Symposium. In 1997, the MMWMC became the IEEE Radio Frequency Integrated Circuits (RFIC). The event has only continued to grow since then. In 2019, IMS boasted almost 9500 attendees from more than 50 countries around the world, as well as a record breaking 650 exhibiting companies, making it the largest event dedicated to the radio frequency and microwave industry in the world. 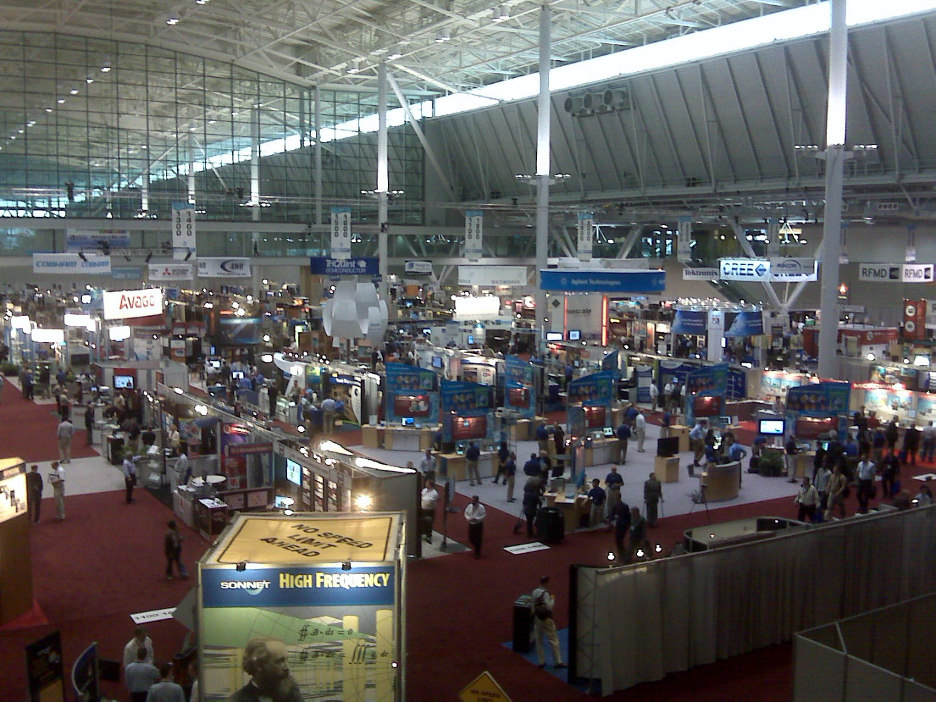 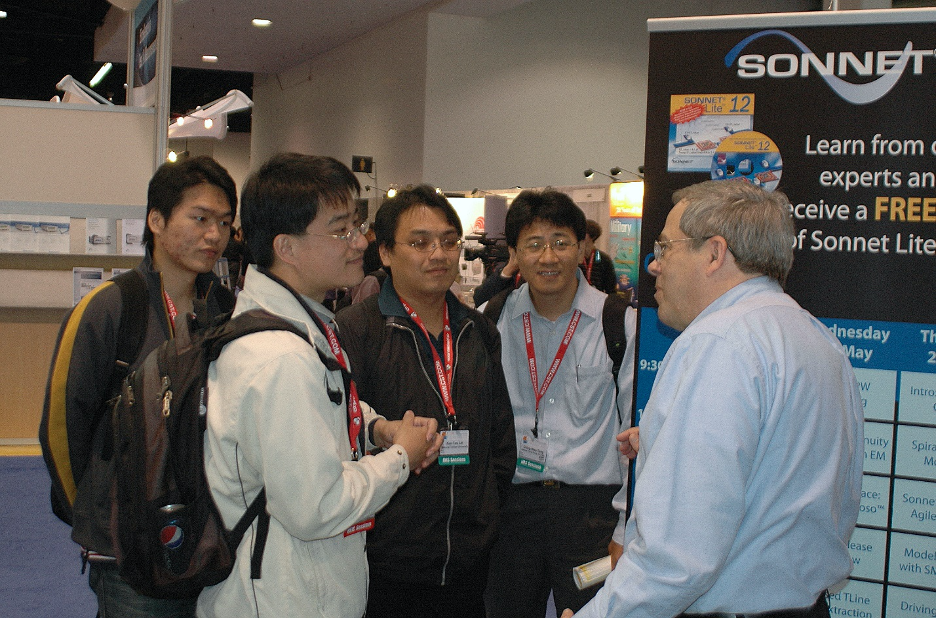 About the Author:
Kathleen Love is an undergraduate student majoring in English and History at the University of Rochester.